First off, there’s a new chapter up. It’s actually an old chapter, since I update on Tablo one chapter behind. So When I finished Chapter 5 this morning, I made Chapter 4 available. I do it that way because it feels good not to be behind my audience.

That means I have about 1, maybe 2 chapters to write, and the first draft will be finished. Then I’m going to give it a good, deep edit, then put it up on Amazon for the world to enjoy.

I’ve also added the new cover I showed in the last post: 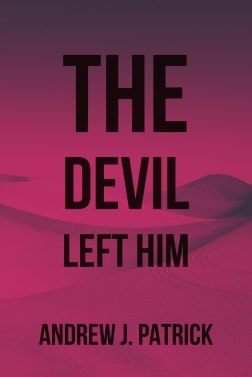 And I’ve done something else, which has to do with the title of the post, and the title of the book. I’ve taken out every time in the text that “the Devil” is used, and replaced it with “the Satan”.

Wherefore did I so?

The word “devil” comes to us from the Greek, diabolos, which means “slanderer” or “accuser”. This makes it a rough translation of the Hebrew Shaitan, which also means  “accuser”. In the Hebrew texts of the old Testament, “satan” is usually preceded with a “ha-” indicating that the word is a title, rather than a name. Some English translations also reflect this.

This raises the question of whom the devil is accusing. We find our answer in the Book of Job, the first text in the Old Testament where the word “Satan” is used. In it, Satan argues with God that Job is not really righteous, only comfortable, and so God gives Satan permission to test Job. The Problem of Evil ensues.

Some traditions of Judaism thus regard Satan as an agent of God, whose purpose is to tempt and try men, to find the wickedness in them, and then accuse them to God. Christianity takes a different view, of Satan as a fallen archangel and lord of demons.

So because Yeshua bar Mariamme spoke no Greek (that we’re aware of), he likely never heard the word “Diabolos” in his life any more than he heard “Jesus” or “Christos” (both of which are Greek translations of his name and title). So replacing “Devil” with “Satan” serves the same Judiaizing verisimilitude as that of referring to Yeshua by name. Also, it lets me consider how I might toy with title vs. name in the climax.

Other names of the Devil:

A bit ago, I happened to rent Last Days in the Desert, an indie film with Ewan McGregor portraying both Jesus and Satan during Jesus’ forty days in the desert (Matthew 4). It was an interesting take on the idea, but the script wasn’t quite up to snuff, being primarily concerned with a family Jesus encounters while on his way back to Jerusalem.

It also fell victim to the difficulties of writing Jesus as a literary character. In a story, a protagonist needs to have some kind of arc, a progression from a lower to a higher state. But the Godhead of the Christian faith is whole and complete from the moment of his birth – he has no need of growth or understanding. That’s the whole point of his being here.

So what ends up happening in non-religious films is Default Arianism – Jesus is some kind of demigod, at best, with limited understanding. At one point in Last Days in the Desert, Jesus asks the Devil what being the Presence of God is like. The Devil’s response is interesting, but I was unable to stop thinking “Oh, come on!”

I can quite understand the need to do that, but that doesn’t make it any easier for me to swallow.

Moaning about someone else’s creative work is easy. It’s better to try my own hand at such a tale. 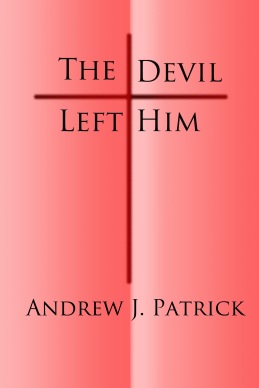 Yeshua was fourteen days in the desert when the Devil came to him. He had reached the point where the hunger inside of him could no longer be fooled by the drinking of water – for water had to be consumed in the desert, daily. It was no longer an experience that his tall, lean body underwent without protest. His body was screaming at him to eat.

He felt the pain as a reality, as the raw nerve transmitting the signal – this is wrong, this is wrong – and did not deny it. He understood at last the way hermits sought to transmute this pain into pleasure. That was a way to allow the brain to survive the pain, the monotonous stab of it. But it was a lie. Yeshua had no patience for lies.

Read the rest for free at Tablo.

Bad Catholic for the win, as the kids don’t say anymore:

Unless we have an assurance that the people we love will never suffer and die, to accept an invitation to love is to accept an invitation to fear. Love does not comfort, then, but “ups the ante” of human existence, making higher the highs and lower the lows. It makes life ginormous. It widens our capacity for sorrow just as it widens our capacity for joy. It increases our possible pain just as it increase our possible pleasure. It broadens the total scope of existence.