David Hogbert of Investor’s Business Daily was at yesterday’s hearing in Rockville that got Aaron Walker sent to jail for blogging about a public figure. The magistrate who did so was semi-retired and clearly did not grasp how Google works.

“I find that this is worse than harassment. It’s a nasty, dirty thing to do to somebody … you’ve got people all over writing these things. He’s got 54 pages that he says come directly from you, and he’s got volumes of people who are doing it.”

People… all over … writing THINGS! 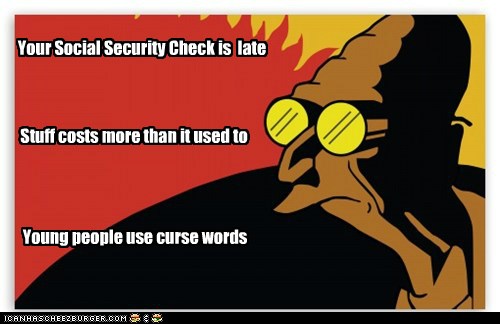 Via Other McCain, where commenter Adjoran points out that Vaughey is an Aminstrative Law Judge and has no idea what recent precedent is on these matters.

UPDATE: Jeff Goldstein sees a vindication of what he’s been saying all along: control of language is everything.

That the left would celebrate such an ill-informed and frightening ruling is further proof that “progressivism” — for all its talk of fairness and protection for the little guy — is about nothing more than power and control.  And any way they can seize it is fine with them, the ends justifying the means and all.

– Which is why it isn’t at all unhelpful or “fundamentally unserious” to point out how and why progressives adopt a particular view of language and a particularly convenient anti-foundationalist epistemological stance:  it is through the institutionalizing of the collectivist assumptions inherent in the left’s philosophical outlook (which is inherently egalitarian, and so inherently anti-liberty and, in the strictest sense therefore anti-American) that they’ve been able to lay the foundation for the normalizing of a postmodernist worldview, one in which Enlightenment principles are overthrown and replaced by a cheap relativism in order to reach an end stage where a mandate to rule is the product of coalition politics, a Balkanized society, and manufactured consent aided greatly by a compliant propaganda arm in the media.