I lost power for 24 hours, then I got it back. No flooding, save for a trickle that made it into my fusebox and shorted out my smoke detectors, which has since been remedied. Nora even got to have a Halloween.

So there’s no way I’m going to bemoan my fate, when New York City is under water to the extent that science-fiction writers dared not imagine a few years ago:

As to the Election, I am utterly bored of it. Which is to say, I am utterly bored reading about it. There is a level of nerdery in poll-watching that I have not the education to adequately partake of. The damn thing is on Tuesday, and while I’m confident that Romney will triumph, I’m not going to make any kind of prediction on the breadth of that triumph. He might barely squeeze it out, or he might roll over the festering carcass that is the Obama Presidency like a Sherman tank. I have no idea, and neither does anyone else.

If, on the other hand, Obama does manage 270 EV, then he’s only putting off the inevitable. A second term will mean impeachment, at the very least, either over Benghazi or Fast and Furious, especially if he loses the popular vote, as he might very well do. The unemployment rate creeped back up to 7.9% today. Nothing about this ends well for him. 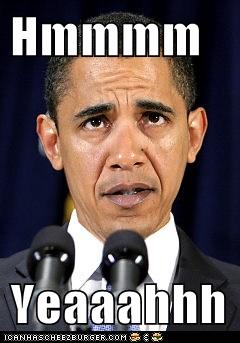