Though I nodded to its inevitablity on election night, I am bone-weary of the circular firing squad. It was the social conservatives’ fault; it was Romney’s fault; it was the Tea Party’s fault, et cetera ad nauseam. Now Jim Geraghty of NRO blames Libertarian voters, even though, as Geraghty clearly indicates, all of Gary Johnson’s votes would not have enabled Romney to overcome Obama.

The irony is that at least at first glance, the Romney-Ryan ticket would appear more appealing to libertarian-leaning voters than McCain-Palin: no author of a restrictive campaign-finance law atop the ticket, a more sustained focus on cutting government, a nominee who opposed the bailout of General Motors (and paid a dear price for that stand in key states) and certainly a less interventionist tone than McCain offered in 2012. 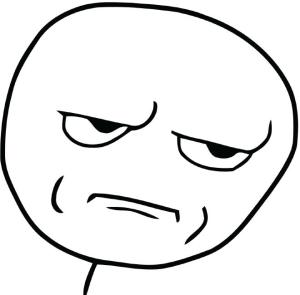 I can keep saying it until you get it. This issue killed us, because it was the one issue that we could have used to scare the living hell out of wavering voters, but it was the one issue our nominee could not discuss. In an astoundingly negative election, our greatest rhetorical weapon lay rusting in its sheath. This was beyond taking a knife to a gunfight, this was sending to a gunfight a guy who couldn’t pick up the gun if he wanted to.

But it may be a continuing liability for the GOP that roughly one percent of the electorate believes strongly in limited government, but votes in a way that does not empower the GOP to do anything to limit that government.

Via Instapundit, The RSC pulls and disowns an Anti-IP policy paper. Existing Copyright law is a pig trough for lawyers and a boon to big business. It especially benefits industries that all but exclusively give their money to Democrats. Why the hell would the GOP not seize this opportunity to benefit small entrepreneurs and kick their enemies at the same time? Because they haven’t the guts for it. Because they only want to make noise about limiting government. Because they’re Sir Robin the Not-Quite-So-Brave-As-Sir-Lancelot.