What noise crossed my transom made it sound as though Paula Deen had dropped an n-bomb sometime last week. Which didn’t sound impossible. She’s old, and old people sometimes fail to fully internalize new standards of behavior. So, when the zeitgeist seemed to say “Get ye gone, you old racist purveyor of sugary deliciousness,” I shrugged. No, I did not take the time to shrug.

Because that word has become a signifier of what has become our society’s cardinal heresy: intolerance. And as when the Inquisition rolled into town hunting Cathars and Fraticelli, those who get caught with it had best just go ahead and abase themselves. Anything else smells of relapse.

Howsomever, a few people’s Facebook posts suggested that the n-bomb in question was 20 years past it’s prosecute-by date. So I dug. And having gotten a basic gist from Teh Interwebs (E Online was kind enough to give us a scandal timeline), my attitude has changed to: 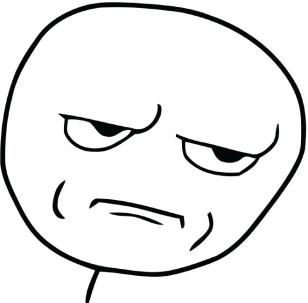 People, Al Sharpton is on Deen’s side on this. At least in so far as he considers it unfair to hold something she said 20 years ago against her.

Yes, yes, I know, Al Sharpton is not the Boss of Black People (Jay-Z is). And it’s entirely fair to point out that an n-bomb dropped in 1993 is hardly the same as one from 1943 or even 1963. But Holy Lord, is there anyone out there who’s cool with having all of their mistakes from 1993 made into public scandal?

Of course, if it should come out that Paula is still as racist as a minstrel show, then all of this will be inoperative. But otherwise, this all seems terrifyingly obligatory. Even the Inquisition let you off the hook when you confessed your error.