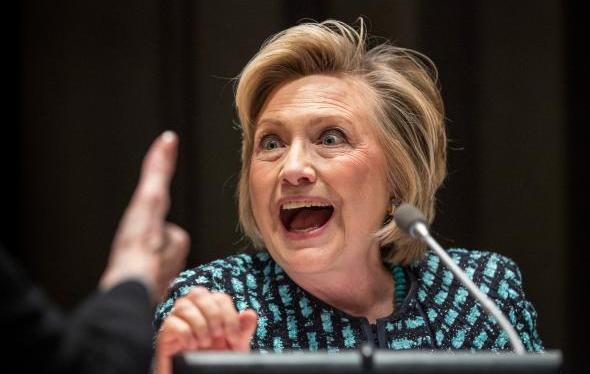 Thanks to the Daily Caller for sparing me the trouble of reading the Super-HRC Supporters manifesto of fail.

Is Hillary Clinton polarizing? Always has been. Kind of a no-brainer.

Is Hillary Clinton calculating? I should hope so. Politicans that don’t calculate are failures. What I think this means is “insincere”, so let’s move on to…

Is Hillary Clinton insincere? Again, most politicians are. But Hill seems utterly incapable of establishing any kind of real sincerity. She reminds me of no one so much as Tracy Flick from Election, except she’s not cute anymore (is that sexist? Would it be all right if I said Bill wasn’t cute anymore either? Because he’s not).

Is Hillary Clinton disingenuous? I fell like we’ve covered this. The answer is yes. She has no firm commitment to principles. She talks like a lefty, when it suits her, but sits comfortably in Wall Street’s pocket. She makes unctuous noises about community but clearly doesn’t care about the little people. This is all a big game to her.

Is Hillary Clinton ambitious? She’s running for president, so I should hope so. Is her ambition the only thing about her that’s real? Maybe. She is the crowned representative of the Ruling Class, and she is here to collect what belongs to her, and that’s that. She is no different from her oily husband.

Is Hillary Clinton inevitable? As far as the Democratic nomination goes, it sure looks like it. Elizabeth Warren isn’t running, and Martin O’Malley doesn’t have the head start that Hill has. As regards the general election, no. No, she is not.

Is Hillary Clinton entitled? She had her own email server while Secretary of State. Government email wasn’t good enough for her. Whether this was done deliberately so that she could conduct secret deals with shady persons is an unanswerable question, but it speaks to just how special a snowflake she thinks she is. Hillary is supposed to get what she wants. When she doesn’t, that means you’re a sexist.

Is Hillary Clinton over-confident? I honestly don’t think so. I think she knows her weakness, hence the determination to silence all talk of them. But in the sense that she feels that This is Her Time, then yeah, maybe.

Is Hillary Clinton secretive? Does a bear defecate in the woods? Is the Pope Catholic? Is Bill Clinton a creep?

Will Hillary Clinton do anything to win? We are talking about the woman who blamed her husband groping an intern on a Vast Right-Wing Conspiracy, right?

Does Hillary Clinton represent the past? No, the 90’s were just yesterday. Her generation is PEAKING, you guys.

Is Hillary Clinton out of touch? Well let’s see. An upper-middle class white woman who’s spent her entire career as some form of government official or government spouse. Gee, you think?

Anyone else think this effort is going to end up as a footnote example of the Streisand Effect?