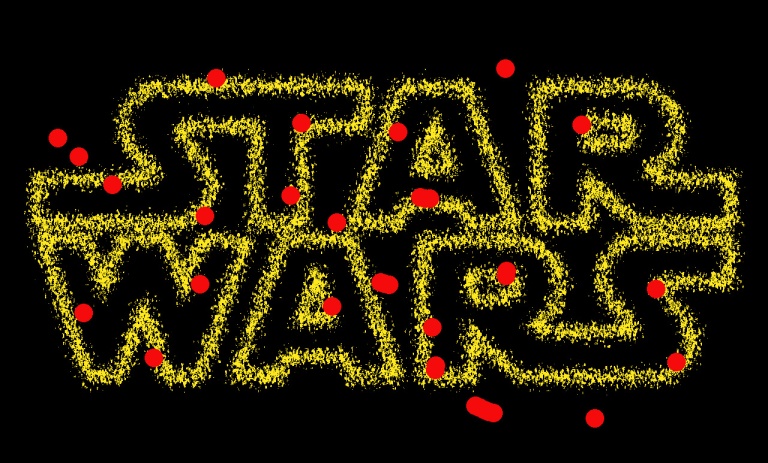 Everything in here is SPOILERS, because we’ve reached that reality in Star Wars movies. The guys at Red Letter Media have been saying since Rogue One that there are only so many things that can happen in Star Wars, so even if you technically haven’t seen the ninth (and final?) episode, you’ve seen most of the things it has on offer. There are escapes and jumps to lightspeed and blasting stormtroopers and epic lightsaber fights and grand space battles. Heroes will be tempted to turn to the dark side of the force. The villain who’s been THE villain will be THE villain again, and he will do the same villainous acts. There are one or two mild surprises, but even these are predictable. This is a Star Wars movie that approaches an almost mystical reverence for itself as such.

Thus, it veers hard away from whatever Rian Johnson was attempting to move towards with The Last Jedi, almost apologetically giving the fans every emotional touchstone they could want. Of course, such a course precludes any possibility of expanding on the Saga. What we are left with amounts to a do-over of Return of the Jedi, minus the Death Star (or with a million Death Stars, depending on your point of view). The only real emotions in it are feelings of being haunted by the weight of past actions and past glories, an unavoidable meta-commentary on the state of the story and the fandom and everything else. This movie, and Star Wars itself, is a run-down mansion haunted by ghosts.

Just to beat this point home, the climax of the movie is determined precisely by the past flooding back in to save the world from the past. Just as THE Villain (yup, it’s Palpatine), is back, standing in for *every* Sith, so Rey hears the voices of *every* Jedi. No one at Lucasfilm can think of doing things any other way. It’s either desperate or cynical and possibly both.

None of which is to say that it’s a bad movie. It moves along snappily. You’re not ever confused as to what’s happening and why. You never have a scene end and think “what was that all about?” J.J. Abrams’ trademark visual energy is very much present. I’ll even cop to one or two moves bringing about genuine emotion. But once it’s over, it feels entirely forgettable. It’s Star Wars: A Star Wars Story: Featuring Star Wars. It’s exactly what Scorcese was talking about with movies becoming theme park rides.

Which leaves us with that show about not-Boba Fett and not-Yoda. I’ve heard its pretty good. If they can keep that going a few more seasons, that galaxy might grow after all.

This explains what I’ve been wondering about, both here on the blog and on my podcast: Disney’s current strategy of “nothing but live-action reboots and Frozen 2.” It also jibes with the news that they’re done making Star Wars films for the time being (and with the rumors that the test screening for Episode 9 have not been going well).

In a nutshell, movies are too expensive and risky to make when there’s a cheapier method to getting content onto the screen.

If you spend $250 on a movie, you’ve got a single run in theaters plus home-video sales to make your money back. If the movie doesn’t find an audience, that’s a bunch of sales you aren’t going to get.

But if you have a captive audience of people throwing down $7 a month for all of your content, you don’t need to worry so hard. They’re paying, and you just have to keep putting half-way decent content up, and they’ll be happy.

So it appears that the Spielbergs and Scorseses are wrong: this is what cinema is going to be. If a powerhouse like Disney decides it’s not worth it to put Star Wars movies in theaters, then movie theaters are going the way of the dodo.

First, the rumor mill: reshoots, secret cameos, six different endings, a bunch of “sources say” folderol. Maybe it’s true, maybe it’s not. There’s really no way to know. Even after the movie’s out, we don’t get a lot of facts about what actually goes on in a movie shoot. Until the last Blu-Ray sale, no one wants to go on record.

Also, I’m kinda tired of the idea that it was The Last Jedi that broke Star Wars, as if the last 20 years hadn’t happened. This franchise has been coming apart at the seams for a while.

And honestly, the whole point of doing movies is to re-shoot them if you can. This is especially true of large corporate popcorn movies. Everyone with a stake gets to put their 2 cents in. It’s not inherently bad that they’re trying to please as many of the fans as they can.

Still, not a good look.

Then we’ve got completely speculative horse-puckeys about what can even be done with the story at this point:

Because, Solo aside, they haven’t done anything to expand the universe (Solo was a good movie. It didn’t deserve its fate). It’s the same blues-vs-reds that it was before, only now it’s done with different sensibilities and feels about 20% as fresh. And maybe that’s because we’re all too wrapped up in it as fans. Fandom is inherently obsessive and perspective-warping. Turning enjoyment into devotion messes up the relationship between art and audience.

The question is, when Lucasfilm busted its ankles to profit from that devotion, and still does, do they not bear some responsibility for that skewed relationship? Especially when they feel no obligation to the art as anything other than a bland corporate product? It’s hard to find much sympathy for an organization that refuses to manage basic continuity in what’s supposed to be an ongoing story.

But again, nobody knows. And my attitude has become so clinical and noncommittal towards this, that I’m beginning to ask myself if I even care.

This post by Captain Capitalism falls under the category of Interesting, With Caveat.

In essence, he calculates Box Office As a Percentage of GDP, to evaluate the relative success of the Star Wars Movies in 1977 vs. today.

The blogger/economist thus observes that “Kathleen Kennedy wiped out 95% of the Star Wars franchise value”.  He then twerks the numbers a bit more, and gives us a more conservative, mere 75%.

Which, as I said, is interesting, and certainly grist for the mill of those who want to make Kathleen Kennedy the Palpatine of Lucasfilm.

We cannot know, at this point, if Solo was an outlier or not. The narrative – that fans boycotted Solo in protest of The Last Jedi, is commonplace, and indeed was argued on this very blog. But we can’t call it a trend yet. Solo had things wearing it down in addition to the reaction to Last Jedi, such as the fact that no one wanted it in the first place. If Episode IX returns to the mean, then that means: a) Solo tanking had nothing to do with any boycott, b) said boycott has run its course, or c) the fan base is gaining new members to replace the old ones. And any of those will mean that the conclusion – that Kathleen Kennedy destroyed Star Wars – will be inoperative.

Also, the data suggests that, Solo notwithstanding, The Disney films are doing about as well as the Prequels. Force Awakens more or less ties Phantom Menace at .011% GDP, while Rogue One and The Last Jedi do about the same as Attack of the Clones and Revenge of the Sith. Now, it is absolutely damning with faint praise to defend the Disney SW films by saying “they’re doing as well as the Prequels”. But if that’s true, then as I’ve been saying, the real damage was done to the franchise 20 years ago, and Kathleen Kennedy is merely the golem operating under George Lucas’ ghostly hand.

If Episode IX does fail, then Kennedy will certain deserve opprobrium for taking a profitable if damaged franchise and driving a stake through its heart. But if it doesn’t, then we must all revise our narratives.

Get obsessed over product, swine!

Actually, this article at Digital Spy  hews very close to verifiable fact, and leaves the theoretical where it belongs.

But these things are not known. Luke fading into the Force at the end of Last Jedi probably means his return will be as a blue-outlined ghost a la Obi-Wan Kenobi or Yoda, but Abrams might hard-cut away from Rian Johnson and slap together some internal logic of Force Rebirth that would give us real, actual Luke. Do I think that will happen? No. Do I discount it? Also no.

Same with Frose. Maybe they have these characters in LUV, or maybe Rose gets killed in the first act, and Finn is Sad about it. Or maybe both.

As for the End of Skywalker, let me shove my glasses back up my nose and point out that a child of Kylo Ren would not be surnamed Skywalker, but Solo. And Disney ain’t said nothing about that. Just sayin’…

But again, these are all useless, deeply hedged, speculations. Until we see a trailer, we have no idea what will happen, and we really won’t then, either. So keep your lightsaber crystals dry.

Predictions are usually wrong. If Game of Thrones has taught us nothing else, it’s that what we expect to happen is not what’s going to happen at all. I was convinced that all of Snowcean’s Seven was going to die in the Land of Always Winter except Jon Snow. I had a whole theory posted to reddit, in which I declared that every single one was going to be murdered before our eyes as one last reminder that we should get attached to no one. I thought I had it figured out. I thought I’d drilled down to the show’s source code.

It’s hilarious how wrong I was.

So I’m fully comfortable with any one of these being dead wrong.

Predictions for Solo, Which Comes Out This Month

Predictions for Star Wars Episode IX, Which Comes Out Next Year

I will make no further predictions until the teaser or the trailer (i.e. the trailer and the longer trailer) give me something to make informed wild guesses about.