Back in 2008, Jeff Goldstein had a long, ugly argument with Patrick Frey (which started here) about whether Obama was a “good man”. At the time, I found the argument much ado about nothing: what difference can it possibly make if he has a good heart or not? I’m opposed to what he does in any case, because he is a progressive and I am a conservative. Whether he’s a loyal husband, a good father, respectful to his underlings, etc., has nothing to do with me. The effects of his policies on my bottom line does.

And then Mitt Romney happened. 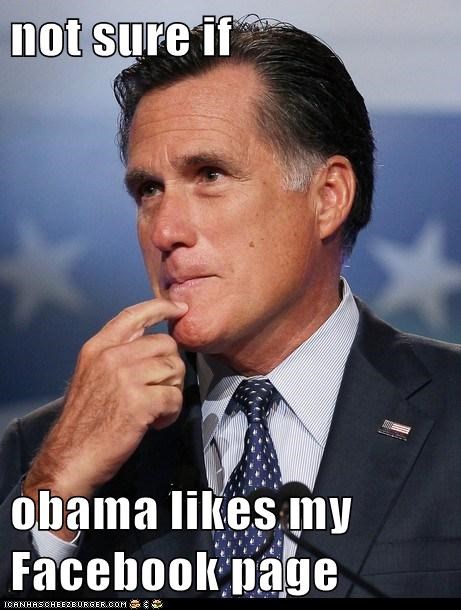 I believe the President’s policies are destructive and will harm our economy, our nation, and our sense of national self long term. I believe his policies have the effect of turning us into subjects of the government, not citizens in charge of it. Because of his expansion of the social safety net funded through class warfare, Mr. Obama’s policies will cause too many Americans’ fortunes to rise and fall with those of the government, unable to chart a course for themselves apart from government.

But I do not think the President means to do this maliciously.

The GOP’s ridiculous defensive flinch reflex — “Oh, no! Somebody said rude things about Democrats!” — is symptomatic of a larger problem: Republicans let liberals dictate the terms of debate.

At what point will Republicans figure out they’re being scammed?

That worked out rather well for them, all things considered.

Part of the problem lies in the meaning of the word “malicious”. Erickson seems to think that if Obama believes that good will result from his actions, then he is to be treated as absent of malice. But these terms are very slippery. Almost certainly, Obama believes that if he gets his way, the result for America will be a net positive. But he knows perfectly well that it will be a net negative for great numbers of individual Americans. He knows what it means to “spread the wealth around.” He knows what it means to force people onto government healthcare exchanges. He knows that eggs will have to be broken. But he, like all progressives, is fine with that, because of the Grand Omelet.

Giving progressives a pass for their intent is a fool’s game. Of course progressives intend that their be liberty, equality, and brotherhood. But if they insist that this can only be accomplished by a happy-faced Leviathan pulling society up from its roots willy-nilly. And in their darkest heart of hearts, they enjoy the destruction of the old. They see it the way medieval monks saw scourging: as a necessary purification. For America to rise to great hights, America must first be unmade.

That is what Obama wants. This is not a debate about what in America needs reforming. Obama wants to reform everything about this country. He wants to change, utterly, the relationship of the citizen and the state. He has in mind some benevolent ant colony where all the good things in Julia’s life proceed from the wisdom of the enlightened ruling class. All things within the state, nothing outside the state, nothing against the state.

So no, Erick, Obama doesn’t need to be giggling in the dark to himself like a tanner version of Mr. Burns in order to be malicious. He needs only to be tyrannical at heart, to be working ever doggedly to replace our natural liberties with the crumbs of the all-powerful God-State. He needs only to act as though the Constitution doesn’t apply to him. That will do to make him the enemy of our society’s very basis.

And if we judge on that standard, we start finding a great many people to be enemies in the same way. Which is a scary thought, to be sure. But we can no longer pretend that we share common ground with progressives. They despise us as sinful reminders of what this country must overcome. In this, they may be fools more than monsters. But the folly is one they freely, and persistently, choose. So what difference does it make?

That is, because he believes it to be good and right, and is so confident that he can run the world more adeptly through his natural brilliance and charisma than can some invisible hand, he’s out to demonize and then destroy the foundational principles of this country as envisioned — and to so he’s willing to demonize and destroy those in principled opposition to his ideology. For the greater good, of course.

One of his mentors, Bill Ayers, thought that might require some camps and maybe 25 million dead.

And as I happen to be one of those, I take offense.

AND FURTHERMORE: Mike at Cold Fury links as well, and asks the progs if they’ve really thought about what seizing absolute power means. I suspect, if they have, that they think any unpleasantness will be over quickly. After all, no force of civilians could possibly restrain the world’s most dangerous military, right?

IT ALL COMES FULL CIRCLE: Stacy McCain riffs of my riff of his riff (It’s like trading fours!), discussing the conservative “generation gap.”

If you don’t remember where you were when Saigon fell (I was a sophomore at Lithia Springs High School) or the Berlin Wall came down (I was a 30-year-old sports editor for the Calhoun [Ga.] Times), it’s impossible for you to understand the Cold War mentality, the petri dish within which the post-WWII conservative movement was incubated.

Conservatism was originally and fundamentally about foreign policy: Are we going to stand up to these godless Commies, or not?

Trying to get Americans to listen to conservative ideas on domestic policy has always been much more difficult, and we are really now back to an era that precedes my own birth, which I know only from history books and from tales of old-timers like M. Stanton Evans. We’re back to the Truman era, when the godless Commies who threatened America were clandestine subversives who called themselves “liberals.”

The Fall of Saigon was just before my time on this earth of sorrows began, but I do remember the last phase of the Cold War. I remember feeling a wonderful sense of relief when the Wall came down, because I knew that I didn’t ever have to worry about Russian ICBM’s ever again. I was 13. It took me a little longer to stop worrying about the Rain Forest and oil spills and overpopulation and all the other bogies they terrified me with as a tad.

BTW, I made Memeorandum for the first time ever. Red Letter day! Thanks to all for the hot linky action.

11 thoughts on “Does it Matter if He’s Eeeeeevil?”