I suppose we should be grateful that she’s finally not talking about Madonna.

Diana and Rihanna began as sensitive, wounded, but appealingly bubbly and good-natured provincial girls who slowly discovered their own photogenic virtuosity and began to conceptualize themselves as living sculpture for the lens. Both developed a false intimacy with photographers and the public and began to cannibalize themselves in their futile search for security in love. Diana, rebuffed, eventually accepted her exile. But Rihanna, in the classic syndrome of the battered woman, still pities and hopes to change and save her abuser…

This is part of Paglia’s central thesis, which is that the Decadent Western Eye is the driving force of culture, and that Woman is mentally and emotionally dominant. Which, I don’t disagree. But God’s Wounds, do I find the prospect of giving a crap about Rihanna (or Diana, for that matter) terrifying. 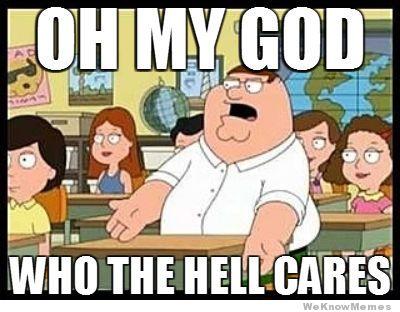 7 thoughts on “Rhianna is Diana, or Camille Paglia Grasps for Relevance”