Calvin and Hobbes is the greatest thing that has ever appeared in newsprint. Period. End of discussion. It’s better than every other comic strip, ever, by orders of magnitude. I could rhapsodize about it for hours. So watching this was a fearful experience:

Why? Because I sat there thinking, much like Josh Kurp at Uprox, that I would have to hear Calvin speak, and such a thing would be dreadful. Because I was a boy during C&H’s heyday, therefore Calvin sounded like me. To hear another voice would, if not quite taint the memory, diminish it, and then I’d have to be one of those abject nerds intoning “The comic strip was better….Man….” I would just have to. 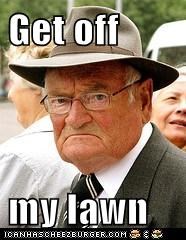 Comic strips would seem to make good TV shows, but they don’t. Dilbert, although a funnier show than I remember, still didn’t quite work. Garfield shows were puerile. The structure of a comic strips is much the same as a Vaudeville gag: setup, delivery. And while C&H continuously broke new ground in the comic strip format, switching to TV would require backtracking, re-writing, adding elements that would wreck the boy-and-his-tiger simplicity. It would annoy me.

I hope that all fans feel as I do. The comic strip was good, kids. Let it be.

Besides, everyone knows that Hobbes grew up to be Tyler Durden.

2 thoughts on “Calvin and Hobbes Animated!”