Apparently the season finale is Monday. I’m not going to watch it until Tuesday at the latest, because I only watch HIMYM on the web. I’ve been marginally involved this season. Everything has felt really tired. The only episode that didn’t feel like warmed-over Season 5 was the “Time Travel” episode, and even only impressed at the end.

Buzzfeed has a speculative post with spoilers at the end, which I did not read. I’ll leave that up to you.

It includes a couple of disturbing fan theories: 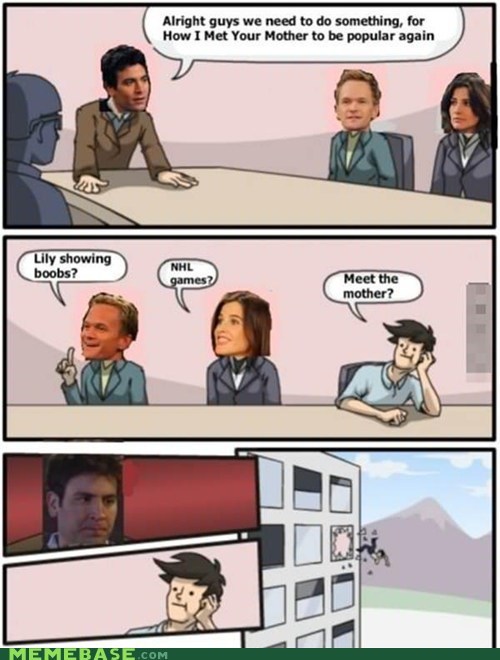 One thought on “HIMYM Does Not End. HIMYM Never Ends.”