A few weeks ago, when it was first discovered that the White House was tapping the phone records of the House of Representatives, I threw up a bit of snark on Twitter.

@rsmccain @leatherpenguin at this point, I’m expecting to turn around and see Eric Holder reading my tweetdeck. #FortheChildren

The problem with the modern age is the impossibility of parody.

I’m going to let Rand Paul go off on the scandal du jour:

I can remember well a Senator Obama who joined the Democratic chorus against the warrantless wiretapping of the Bush administration. Now, that chorus has gone mute. The Guardian’s Glenn Greenwald has noted what he sees as “a defining attribute of the Obama legacy: the transformation of what was until recently a symbol of rightwing radicalism – warrantless eavesdropping – into meekly accepted bipartisan consensus.”

Not every Republican or Democrat is part of that consensus. When the Senate rushed through a last-minute extension of the Fisa Amendments Act over the holidays late last year, Senator Mike Lee (Republican, Utah) and I offered an amendment requiring stronger protections on business records that would’ve prohibited precisely the kind of data-mining the Verizon case has revealed. Senator Ron Wyden (Democrat, Oregon) introduced an amendment to require estimates from intelligence agencies of how many Americans were being surveilled. Both these measures were voted down.

Read the Whole Thing, as they say. And marvel at the next round of excuses to emanate from the usual suspects. 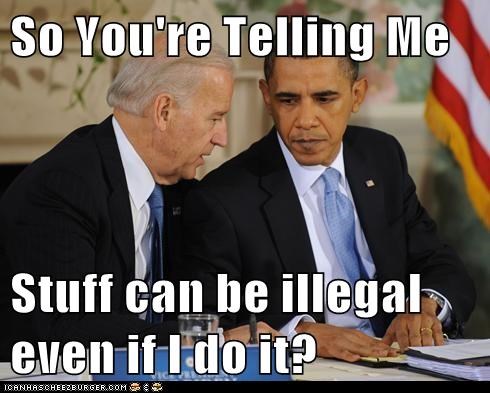