Buzzfeed started it, albeit with the typically overwrought headline (3 things = Everything. Ever).

Now NRO is saying, you know, Romneycare really wasn’t anything like Obamacare:

The best way to think about Romneycare is on a left-right scale of 1 to 10. If 10 is a libertarian utopia, and 1 is a left-wing dystopia, Governor Romney moved Massachusetts’ individual health-insurance market from a 2 to a 4. That is, it moved that market modestly to the right.

In Massachusetts, that’s not a small achievement. 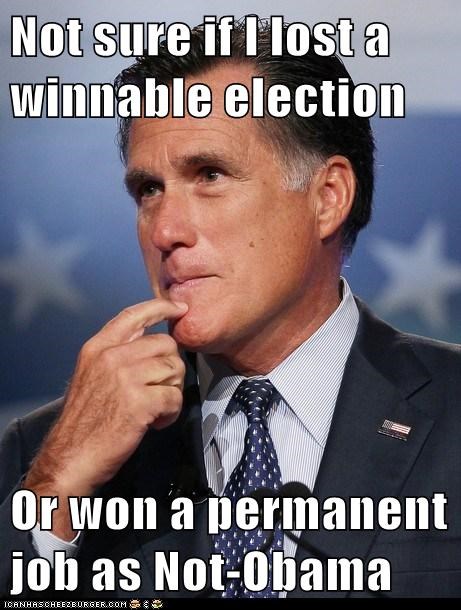 Anyway, this doesn’t bode well for Our Lord and savior.