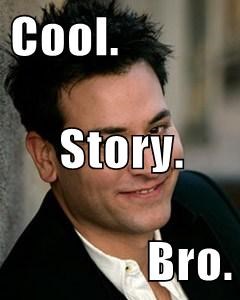 One thought on “Let the #HIMYM Fans Rage, Crack, Blow Thy Bellyful.”