Which is to say, fisking his liner notes, which are irritating and pretentions: the latest post over at Every. Damn. CD. 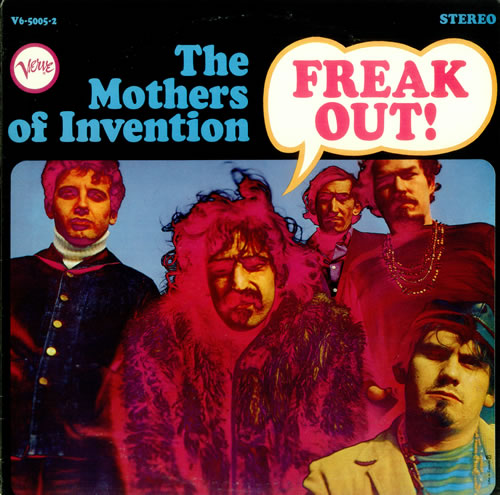 Original text in italic, my responses in Bold.

Notes on the Compositions Included Herein

AKA, I’M A MUSICIAN AND A GENIUS AND I LIKE FISH STICKS IN MY MOUTH.

1. Hungry Freaks, Daddy…(3:27) Was written for Carl Orestes Franzoni. He is freaky down to his toe nails. Some day he will live next door to you and your lawn will die. Drop out of school before your mind rots from exposure to our mediocre educations system. Forget about the Senior Prom and go to the library and educate yourself if you’ve got any guts. Some of you like pep rallies and plastic robots who tell you what to read. Forget I mentioned it. This song has no message. Rise for the flag salute.

While it’s cute to see what hippies were called before they were called hippies, and it’s disappointing to read what was said about Motorhead being first said fifteen years before the fact in reference to some rando, do you really think that anyone drops out of school in order to educate themselves? I know you guys hadn’t learned this in 1966 yet, but the kind of kids who go to the library and read are the same kind of kids who do well in school and don’t waste their time moaning about pep rallies, because they’ve already decided that they’re not worth getting worked up over. Kids who drop out mostly stop reading anything except pamphlets in the unemployment office entitled “Chlamydia and You.”

The song would be better without the stupid helium-voice sound effect at the end of every verse. I mean, I know it’s the Sixties, but damn.

I go on like that, because so does he.