Today, with The Devil Left Him out and available, I’d like to talk a little about the connection between Jesus and Barrabbas, and the latter’s role in the Biblical story.

1st Century Judea had a number of divisive sects vying for control of what Judaism meant. The Sadducees, the priests, were the most Hellenized, the most docile with regard to the Roman occupation. The Pharisees, the scribes, were most determined to emphasize their Jewishness, and to appeal to Rabbinical authority and black-letter Mosaic Law. The Essenes were the proto-monastic mystics who hungered for God in the desert. They were most connected to John the Baptist, and according to some New Testament Scholars, to Jesus himself.

Then you had the Zealots, who imagined themselves as the successors to the Maccabees who had thrown off Greek rule and in the previous century and briefly established Jewish independence before the Romans showed up. They favored a violent overthrow of Roman rule, and believed that Divine aid would secure this goal as it had secured the Promised Land for Israel in Joshua’s time (Linguist’s Note: “Joshua,” “Yeshua,” and “Jesus” are all the same word as expressed in English, Hebrew, and Greek). A subset (or ally, depending on which source you rely upon) were the sicaroi, or “dagger-men”. 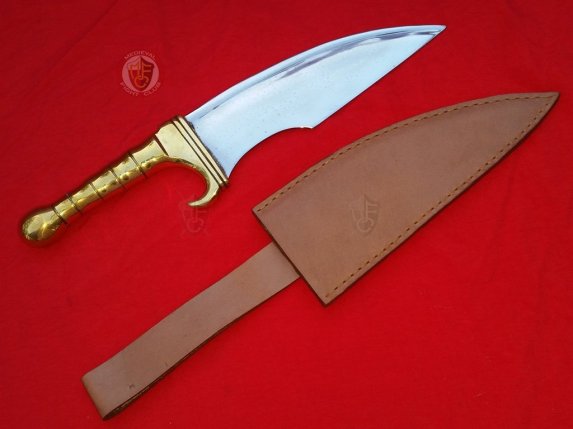 Sicaroi were literal terrorists, they would practice stealth assassination with their sicarii, or short-bladed daggers, and then blend back into the crowd. They practiced this not only against Romans, but against Jewish collaborators.

What has this to do with Barabbas?

Well, the Gospels have it that Barabbas was an unsavory character. Matthew refers to him as a “notorious prisoner” (Mt 27:16), and Mark (15:7) and Luke (23:19) say that he took part in a riot, and committed murder. John 18:40 calls Barabbas a “bandit”, using a Greek word (“lestes”) that the Jewish historian Josephus later used to refer to rebels.

Is that enough to justify my headline? Maybe not. Some historians say that the sicaroi were active in the run up to the Jewish Revolt of the 60’s AD, not during the 30’s.

But there’s an even more interesting link between Jesus and Barabbas. “Barabbas” in Hebrew means “son of the father”, and early editions of the Gospel of Matthew refer to Jesus as “Jesus Barabbas”. It may have been changed to avoid confusion.

This presents an interesting contrast between the two guys Pilate had on hand to execute on Good Friday: there’s the Messiah that Jesus claimed to be and the more direct,  political type that Barabbas could well have been. The Messiah of God vs. the Messiah of Man, as Augustine might have put it.

Which is why The Devil Left Him has a tragic, dagger-wielding Barabbas encountering Jesus prior to their more famous meeting. Check it out.