One of the difficulties of approaching art of any kind is learning to drop your prejudices when encountering it. This is true regardless of what class of art you’re talking about. It’s very easy to dismiss something you haven’t read as without value, because if it had value, you’d have already appreciated it, right?

Over the course of this past year, I’ve dropped my attitudes toward two writers, one “highbrow”, one “pulp”, by taking the time to actually read their stuff: Raymond Carver and Robert E. Howard. 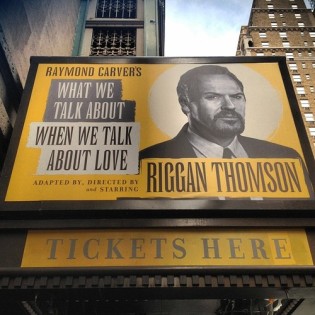 Carver I came to via the film Birdman, or the Unexpected Virtue of Ignorance. It’s a film I’ve enjoyed rewatching, partly for its silly spirit, partly for its full-throttle ranting about Meaning in Art. The plot involves Michael Keaton (playing an alter ego of himself), adapting a Raymond Carver short story into a full-length Broadway play. The story/play, “What We Talk About When We Talk About Love,” fairly reeks of that pretentious, mid-century Clifford-Odets-style talkiness that denoted Serious Art About Serious Things. I couldn’t imagine anything I’d enjoy reading less. But exposure to the movie gradually changed that, and I picked up an anthology of his shorts (the one with the same excessive title).

Howard I started reading after picking up some of the Dark Horse Conan comics. I debated buying a Conan collection or a Lovecraft one and decided on the latter because Lovecraft’s painting of his universe is often too grim for my mood. Howard made his creatures of the Outer Dark vulnerable to steel.

At first glance, you could not pick two more unalike writers: in subject matter and prose styles, Howard and Carver diverge a great deal. One practically birthed the Blood & Thunder style of pulp fantasy, the other worked strictly in American Realism. One spent his career a “lower class” of writer, the other recieved continuous critical acclaim. One created a character who has never left the scene, the other had to be name-dropped in a Oscar-winning film to remind the world of his existence.

What struck me about both of these authors is the efficiency of their storytelling. Carver’s stories are brutally laconic; he gives you sufficient detail to sustain a narrative, and nothing more. He cuts to the quick. He covers a single emotion and when he’s covered it, he ends the story. It’s been a tonic for me.

Howard is likewise efficient, regardless of the purpleness of his prose. While Howard will stop to describe the monsters and mazes he puts his hero in, it never slows down the action. Conan stories move with an electric energy, from point to point without stopping to examine the hero’s inner life. This was never the point of them. We are along for the ride through vistas marvelous and terrible, and it all feels real and lived in regardless of how short a time we spend there. Conan himself might be impenetrable, but the world he moves through drops its secrets at a dizzying pace. So the purple prose serves to establish that world, that Conan may cut through it swift as a dagger in the dark.

Examining these two writers together, I’ve started to up my pace in the production of short fiction. The same day I picked up my Carver anthology, I sat down and penned a sci-fi short, start to finish. I built it off a fragment that had been sitting in my Tablo collection. I was never sure if I wanted it to be a short or a novella, and so never invested the thought into it. An afternoon of Carver and I hashed out the scene and put a ribbon on it. It’s called “The Filth of Living” and it’s going to be in the next issue of Unnamed Journal, as is a Blood and Thunder story of my own devising, called “The Dying Goddess”.

I don’t know if continually absorbing influence is a good strategy for an author. But I’m going to try it.

4 thoughts on “Of Conan and Carver”