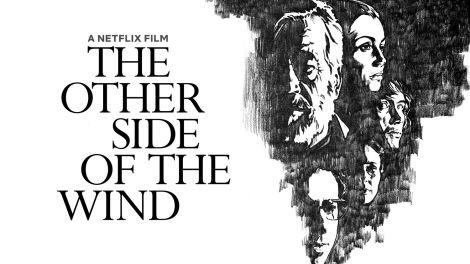 As part of a retrospective on Welles for its weekly movie post.

His opinion matches my own. It’s an odd little movie, ambitious and self-referential, with an element of satire, both of Hollywood culture in the 70’s and of the art-house trends of that decade. The film within the film, which has the same title, is colorful and stunning to look at but also incredibly basic, to the point of being plotless. That’s a pretty strong critique of what avant-garde cinema tends to do, which is to say, spin its wheels fast enough to dispense with such pedestrian things as narrative, and then to expect plaudits for it. Which it usually gets, because, as the main movie demonstrates, everone wants to act like they’re in, even when nothing they’re looking at makes any sense at all.

Is it as good as Citizen Kane? I don’t think so, but what is? Not that I accept the notion that Kane is the Greatest Movie Ever Made, (because what does that even mean?) but it is a good movie. Kane tells a man’s story, beginning to end, and in the process of doing that leaves open the notion that for everything we know about him, there was more, a core of him that he alone will take to the grave. It’s watchable and provocative.

This doesn’t rise to that height. It lacks the Everyman subject. Movies about Hollywood are inevitably more interesting to people who are in Hollywood than the rest of us, and while it’s certainly fun to see Welles pronounce a plague on all their houses (if in fact that’s what he’s doing, but I think that’s there), there’s a kind of been-there-done-that to such a message. The provincialism of the elite is a well-mined subject.

But that’s just my opinion. There’s a larger value to the work that makes it worth checking out:

This is like discovering that Emily Dickenson had a complete collection of poetry hidden under her mattress since her death, or da Vinci had created another masterpiece but no one had laid eyes on it since the 16th century. This is akin to finding a trove of Greek drama previously unknown to exist, or a lost Shakespeare play.

I’d advise looking at the accompanying documentary, They’ll Love Me When I’m Dead, as well.