Which makes me doubt that this is really a story about a man “coming out.” I suspect that Parsons has been “out” for years, that everyone who knew him personally has already had That Conversation: 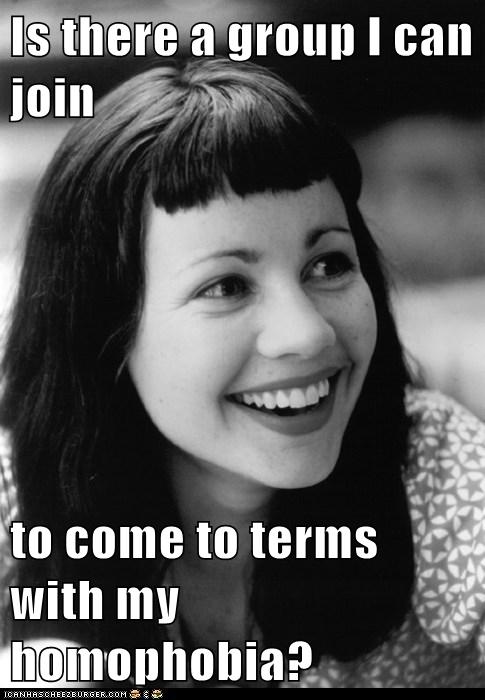 Rather, this strikes me as a person in the public sphere feeling comfortable enough in his career to let the public in on what his friends and family already know (hard to imagine this “revelation” occurring before the Emmys). So, another hurdle leaped in an actor’s career, now he can do the next off-Broadway revival of The Glass Menagerie and everyone will judiciously applaud the meta-discourse.

But I won’t be seeing that play, because I hardly ever get to New York anymore, and because The Glass Menagerie kind of sucks. Social awkwardness without wit fails as entertainment. Which brings us to The Big Bang Theory, and the question of whether Sheldon Cooper is gay.

Now, on one level, the question is absurd: Jim Parsons is an actor playing a part. His sexuality does not infect the character he plays. If it did, no one would have been surprised to find out about Rock Hudson, and Will Truman would have married Grace Adler somewhere in the middle of the second season of that ground-breaking, doomed-for-mornings-on-Lifetime show (Erick McCormack, who played Will, is straight. We’re hopeful that Sean Hayes is gay, as otherwise his portrayal of Jack might qualify as a hate crime).

On the other hand, sitcom writers are unimaginative tools. Big Bang Theory is now in its sixth season, which is roundabout the time that writers start backtracking and otherwise monkeying with established characters, just to have something new to resolve in 22 minutes. For the writers of a show that’s mostly about the social ineptitude of a small but increasingly visible and vocal minority, making the show’s breakout character part of another such group, so as to find all new realms of social ineptitude to uncover, will be a powerful temptation to resist.

So don’t be surprised if Big Bang Theory pulls a Willow, and makes an ostensibly hetero character turn out to be Well, Waddya Know, Gay! It’s not like Sheldon’s been Captain Ladykiller McLoveMachine up until this point, so the transition would actually be less idiotic than Willow’s was on Buffy.

For so long as troubled outsiders exist, television shows will stand ready to celebrate them in the name of Awareness.