If you are Catholic, and like me, you ended yesterday, shall we say, gastronomically unsatisfied. Ash Wednesday, the start of Lent, is a day both of abstinence and fasting. Abstinence means refraining from something, and Lenten Abstinence is the “no meat Fridays” rule that Catholics routinely remember to forget to remember. But fasting? That brings up a whole new set of images….

Canon law defines fasting as eating the equivalent of one full meal over the course of the day. You can either space out small snacks over the course of the day or have one meal all at once. I chose the latter out of simple convenience: had a cup of coffee to power me through the day, and then fasted until I got home from work, when I made myself an open-faced tuna sandwhich on toast, which was the greatest tuna sandwhich I had ever eaten.

That’s the beauty of fasting and abstinence, it makes you appreciate things more. On your average day, stuffing a hamburger into my mouth would have been a nothing; I’d chorf it down and forget about it five minutes later. But after a day of not eating, and specifically avoiding meat, a Five Guys burger would cause tears of joy. Which makes today — the Thursday after Ash Wednesday — a special opportunity for us carnivorous types.

Because Lent ends on Easter Sunday, it always starts on a Wednesday. But the no-meat-on-Fridays rule kicks in immediately. Thus, two days after a day of fasting and abstinence, we have another day of abstinence. So today, the Thursday between – is a day to get some meat-eating in.

Obviously we shouldn’t gorge ourselves. That’s what Mardi Gras is for, and feasting rather violates the Lenten spirit. But we should think of today as a day of appreciation for meat, the pleasure it brings us, the way that it satisfies, the blessing that there are so many animals out there which are so delicious.

This may sound silly, but it’s a plain fact that most of us eat meat at least once a day. We come to think of it as normal, and not as the result of numerous people working very hard at jobs most of us would blanche at. So today, tip your cap to the beef rancher, the hog farmer, the butcher. And appreciate, in the most humble and devout of ways, the repast which appears at your table. Be thankful for all who had a hand in it, especially Him to whom the breath of cattle and the breath of men alike return.

[Dear Vegans, Locavores, and Others Who Are Offended: I respect your right to eat what seems the most healthful diet to you, and your not entirely unjust call to reconsider how food is raised, grown, and sold. So please don’t pester me with comments about how I’m killing myself or ruining the environment or causing human sacrifice, dogs and cats living together, etc. I’m not interested in having that argument today and will studiously ignore it.]

So, Happy Meat Thursday everyone! (Oh, and Happy Valentine’s Day, too, which you may enjoy without guilt.) 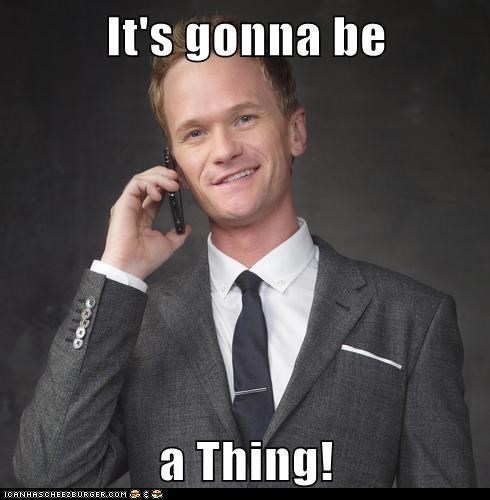 One thought on “Happy Meat Thursday!”