Yep. That’s a thing that happened. 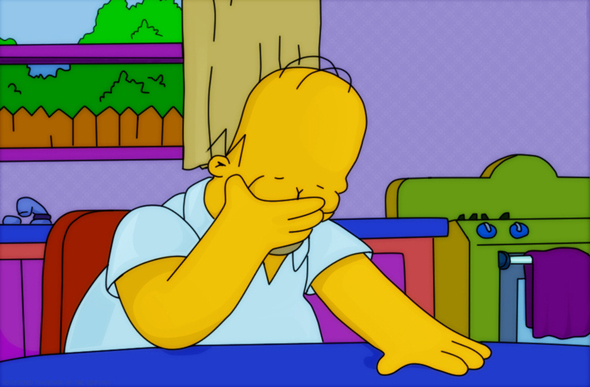 You know, I didn’t walk out of the theater disliking The Last Jedi. Quite the contrary. I enjoyed it. My whole family – all SW fans in general, none quite as obsessive as me – liked it, too. When the Vice Admiral Hole-Card jumped to light speed right into the First Order Fleet, I whispered under my breath “that’s the coolest thing I’ve ever seen” and my six-year-old said “Me, too.” That was a cool moment I got to have.

But this kind of idiocy is going to put me right into the camp of the haters. It’s just a gussied-up version of the wearisome defenses of The Phantom Menace that got slung around in the summer of ’99. Back then, “Bashers” were told that they needed to get in touch with their “inner child” and then they’d see that the new movie was really great and entertaining, not tedious and disjointed. Now, critics are told the reverse, that they’re hapless stooges of Rooskie Mind Control. Both of which are ways to Dismiss and Disqualify, which are pernicious, weedlike versions of the Argumentum ad Hominem.

On top of that, it reminds us that Lucasfilm has no intention of breaking its 20-year habit of treating Star Wars like a rented mule to carry money. They have no interest in finding out what the problem is. They have no interest in meeting fans halfway. Anyone not singing the Oceania anthem for every piece of product is a filthy miscreant who is guilty of all manner of thoughtcrime.

If Episode IX tanks, they will have richly deserved it.

Addendum: Want to watch something way more subversive than The Last Jedi? Here’s a 7-minute short by some Japanese-style animators that will have you rooting for the Empire. Subversive, and awesome.

You Done Poked the Hive: Larry Corriea, provoked by this paranoid buck-passing, de-lurks (as far as The Last Jedi goes) to poop all over it from a great height.

Characters it’s all about rooting for someone. When your characters do nothing but stupid shit, it’s hard to root for them. Your antagonists need to be menacing, not clowns, or worse, just thrown away! (hey, Snoke is interesting… and never mind…).  Or Phasma. Hey, wow, she must be super bad ass to have the silver armor and…. Garbage chute… Maybe some menace this time and…. Oh fuck it.

The Ewoks had more character than this. AND THEY COULDN’T BLINK.

It’s official. Disney has managed to make a SW move that the fans hate as much as The Phantom Menace. Heckuva job, guys.