A little under a year ago, I fisked a Variety article written about the day after last year’s Oscars. My purpose was to make fun of Variety’s substanceless click-bait, but as it evolved, I emitted a handful of sneering predictions. Which is to say, inasmuch as I participated in the anticipation of a program I never watch, Variety won that exchange. But let’s see how I did:

Prediction: Carell gets a best actor statue for this weepie, since it’s a mostly comedic actor playing a tear-jerk. The Academy loves that crap. Zemeckis gets nominated, doesn’t win. The film doesn’t get nominated, and everyone gets pissy about how that can even happen.

I was right about the film not getting nominated, wrong about everything else. I expected it to be competent enough to be Oscar-worthy. Nope.

Prediction: This film will do reasonably well at the box office, and won’t get any nominations.

Got one for Production Design. I guess that means I was wrong.

Regarding If Beale Street Could Talk:

That’s more like it. Something obscure and from the director of a previous Best Picture. This will do garbage box office and be hailed by the people who hail things as Significant and Powerful. It will get some nominations, maybe one Oscar, for screenplay or something.

“With Beale Street, (director Barry) Jenkins cements his status as this generation’s cinematic poet laureate of the American condition.” 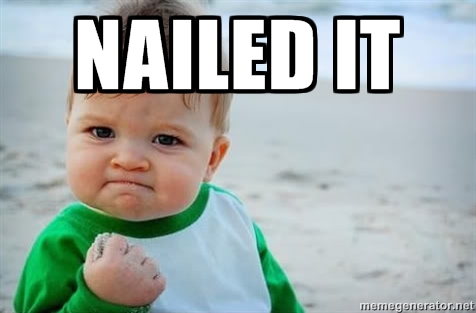 Well, I was wrong about that. Best Picture, Best Actress, Two for Best Supporting Actress, Screenplay, Cinematography, Film Editing, AND Costume Design. Although if it wins for Costume Design and nothing else, I will be proved retroactively right. So there’s that.

Regarding Isle of Dogs, well, I’ve beaten that one to death. But it ended up with a nomination for Animated Film, as predicted. That means a win.

If a horror film ever gets Oscar Gold, it’s going to have to be blessed by Sundance or something else first. And it’s going to need to have Topical Politics, so everyone can high-five each other about how much it would bother Mike Pence if he saw it.

Prediction: Toni Collette gets a nomination. No idea if she wins or not.

I was right about the film, wrong about Toni Collette. I underestimated Hollywood’s love of self-referential entertainment (Lady Gaga, A Star is Born, really?).

Regarding Mary, Queen of Scots:

My initial response is to say that Costume Dramas don’t win Oscars, but some instinct tells me not to leave out the possibility that they’ll nominate both Ronan and Robbie for the same award, that Drama and Sisterhood might ensue. Besides, Ronan-Robbie has a certain ring to it.

My instinct was right, but should have been applied to The Favourite. My initial response remains undecided.

This wins Best Picture. You heard it here first.

I think the whole “Prosthetics and Weight Gain for Oscars” thing might be played out now that they finally gave one to Gary Oldman for doing it. But Dick Cheney might make a good MASH-mask for Donald Trump, so who knows.

Best Picture, Best Lead Actor, Best Supporting Actor, Best Director. These are the Big Boys. Mike Pence will totally hate it if it wins for something. So I’m going to call this a win.

I didn’t make any predictions regarding Black Panther, so that’s a wash.

Overall Score: 3 Solid Right, 2 Partially Right, 3 Solid Wrong. I am the Detroit Lions of Making Oscar Predictions a Year Out.

Next: Winner Predictions based on Nominations